Happy one year beariversary to me.

We have entered the panic stage. It’s all part of the cycle. When you’ve studied in great depth multiple cycles from different assets over the decades you don’t get scared during these times, you get excited because an opportunity like this doesn’t come around very often.

Just as the earth has cycles, so do markets. Often in the peak of winter, when it’s so cold, you forget how beautiful the summer can be. This applies to crypto too. There will be a bull market again, and those that see this opportunity will be heavily rewarded. I know what zones I’ll be targeting; they are the same targets I had a year ago.

It’s been a year since I sold up in November. Nothing has changed but the narrative fed by the media. During the euphoria stage, the news is universally positive. The fear and greed index was above 70 a year ago. Now we have the opposite, fear and greed below 25, and the news is universally negative.
I remember when SOL was above $250 I said it was cooked and could possibly go to single digits. Most laughed in hysteria and said that would never happen, and if it did, they would mortgage the house. I replied, “No, you won’t because the news will be so negative you’ll be shitting yourself.”

It got down to 12, and they haven’t mortgaged the house. They’ve sold at a loss in fear. It’s all about mindset. Crypto isn’t going anywhere. Smart money will just make you believe it is done for. There will be light at the end of the tunnel; all you have to do is ride the rollercoaster to get there. Don’t be scared, be prepared. You make money in a bull market, but bear markets can make you rich. 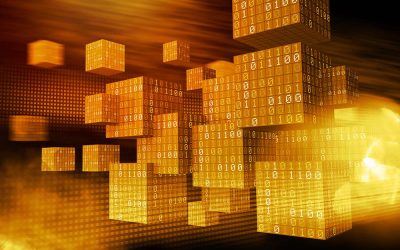 BTCUSD and diving back in Back to our look last week with BTCUSD, and we are now getting our retest on the zone we were eyeing as a must to continue higher, which is also the 21W SMA (a level that I personally pay a lot of attention to. Holding here, with a strong...

Gold miners vs Gold ratio Gold miners should be one of the best performers on the ASX in 2022-2023. Gold miners haven't been this cheap since the GFC or covid crash. Wait until gold make new highs in 2022 and the FOMO kicks in! Lithium 2.0 as soon as this double...

BTCUSD and diving back into another weekly report. We can see Bitcoin has continued its run after finally finding the support it needed on the $40,500 level I have been writing about to get a bullish move upward. The push has now broken up from the sideways range it...